MINISTRY UPDATE WITH A PROPHETIC WORD 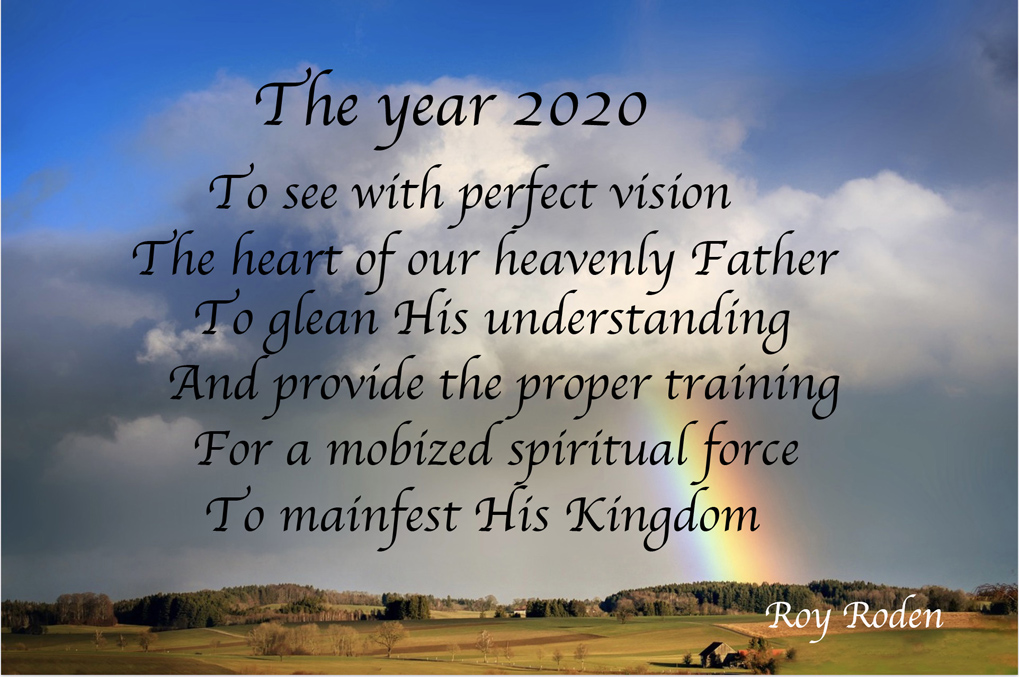 Ministry Update With A Prophetic Word

Eighteen days ago, on December 2nd I had nose surgery. Following this the Lord placed me on a rest period for two weeks. Now back at my desk, we are strengthening Eastgate’s foundation that the Lord can build upon, while gleaning strategic wisdom to carry out Eastgate’s vision, purpose and mandate in 2020. To aide in this, we are blessed to have increased our National Eastgate Advisory Team to 10 members. All are seasoned experienced ministers called and anointed by the Spirit.

During this month I have gleaned divine insights that has strengthened my inner man by the Spirit of His might (Eph.3:16). This has imparted the courage to rise up and go higher, deeper and further in the Lord than ever before.

The fire of God’s passion for these times has stoked the coals of my heart. Ignited with fresh fire, the Lord has reawakened my vision with greater clarity to fulfill His purpose.     With a resolute focus and resolve, it is time to leave the old behind, and be prepared to do what the Lord has called each of us to do. Together as one, God is mobilizing a spiritual force that will make a great advance for His Kingdom and His people.

– which is seeing with the eyes of the Spirit to know and understand the heart of our heavenly Father. The result will be a people, as Jesus did, that speak the words they hear the Father saying doing the works they see the Father doing in the power of the Spirit. It’s all about Christ and His Kingdom.

A long-awaited prophetic move of God is coming to the forefront with an increase in prophecy, visions and dreams. We must equip believers to know their prophetic gifts and how to use them. Also coming to the forefront are those that speak His word with authority that reveals Christ, the “Living Word.” The testimony of Jesus is the Spirit of prophecy – Christ, the Word of God revealed (Rev.19:10. Wherever the Spirit of prophecy is present the power and authority of Christ is manifested in our midst.

The line of separation between those who speak from their own understanding, promoting their theology to educate the people and those who speak the anointed Truth that reveals Christ to the people, will become very distinct. This will create a line that separates those who desire to be where the Spirit of the Lord is (2 Cor. 3:17), from those who resist change due to insecurity, choosing instead that which is familiar with stability and financial security. The difference between the two will become pronounced this year and in the years to follow.

The year 2020 is also the year of increase with acceleration. Unfulfilled prophetic promises will now unfold to become a reality. But today, I simply want to give you a snapshot of where we are and things to come. As it has been said, “We are living in the best of times and the worst of times.”

For those hidden in Christ, the best is yet to come.  In His heart and love,